The next Annihilation epic continues with the newest addition to Marvel’s galaxy of sci-fi stars and the last remaining Nova Corps centurian, as the action builds to the main event! Who is the haunted loner known as Wraith? Meanwhile, Rich Rider stood toe to toe with Annihilus, but can the Human Rocket face a foe that has an entire galaxy on lockdown? And finally, in the wake of the Phalanx’s sneak attack on the Kree Empire, heroes separated by distance but united by willpower have taken their first steps toward liberating a galaxy in peril. Now, all the threads begin to weave together — and if you thought the surprises were over, think again! What are the Phalanx really after? Grab your weapon and join the fight for freedom with Wraith, Nova, Quasar, Star-Lord, and more! Collects Annihilation: Conquest – Wraith #1-4, Nova #4-7, and Annihilation: Conquest #1-6 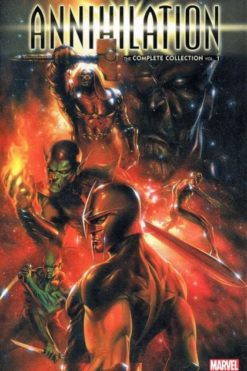 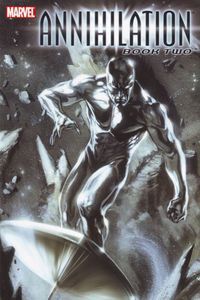 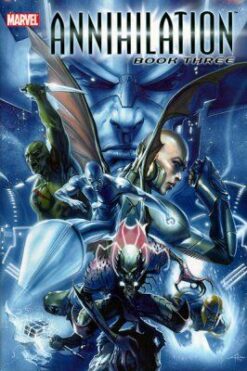