Aquaman is back to challenge his status as a second-tier superhero. Maligned for years as the man who talks to fish, Arthur Curry stakes his claim as one of the most powerful heroes in the DC Universe in Aquaman Vol. 1: The Trench. As the King of the Seven Seas, Aquaman has sworn to protect his ocean home and there’s been no greater threat to date than what’s to come.

They are called the Trench. And they are hungry.

As thousands of carnivorous beasts emerge from the ocean’s depths, can Aquaman protect his people from this deadly new threat? And also the surface world that he now calls home?

This is Aquaman’s renaissance—a cutting-edge revival of the King of the Seven Seas featuring the creative team behind New York Times best-selling graphic novels Blackest Night and Justice League: Throne of Atlantis! 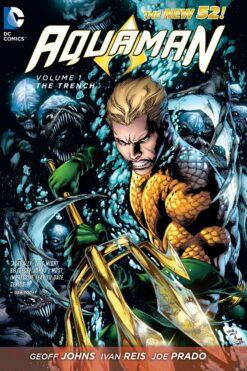 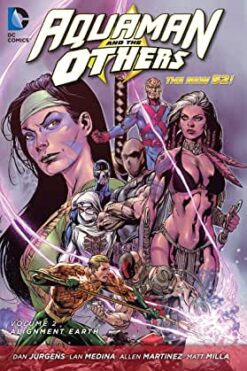 Aquaman and The Others Volume 02: Alignment Earth