Robert E. Howard’s most famous creation has lived in the pages of comic books for decades. But while Conan’s best-known comic adventures have focused on a barbarian in his prime, or in his later years as King Conan, this series spotlights a younger Cimmerian. Here, Conan is just starting out on the path that would make him a legend… not that he’s much different than the Conan readers are most familiar with. Even at a young age the man found battle, bloodshed, and damsels in distress at every turn, and relished it to boot. 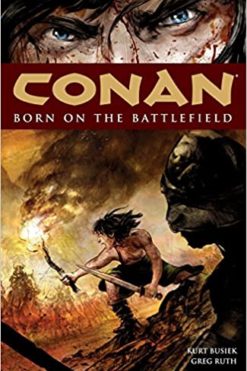 Conan Volume 0: Born on the Battlefield