Though the world at large believes that he is no more than an eccentric authority on the occult, former surgeon Stephen Strange stand in defense of the moral coil as the Master of the Mystic Arts and Earth’s Sorcerer Supreme. As his skills hve thrived, so too have his challenges. 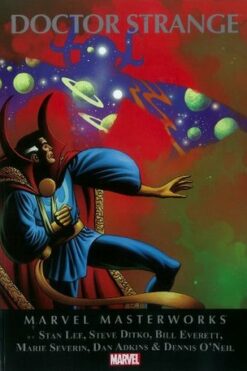