The hottest, most rocking thing on two wheels returns! Witness the violent birth of the new Ghost Rider – come to cleanse the earth in a firestorm of blood, oil and vengeance! Johnny Blaze has been chained to Hell long enough. With the world thrown into chaos in the events of FEAR ITSELF, he’s given a chance to rid himself of the Spirit of Vengeance forever – and he takes it. The curse is passed onto a new host, but Blaze has no idea what nightmares his action has wrought upon the world. Will the new Spirit of Vengeance bring us salvation – or send this world of sinners to a flaming death? 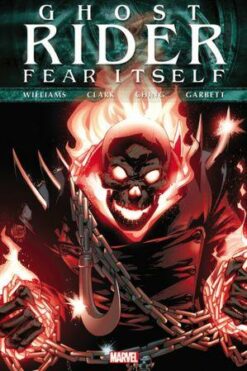 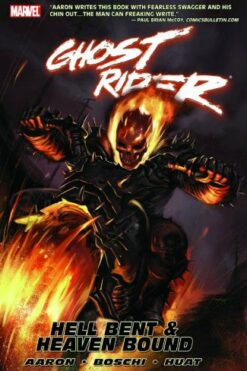