Hitman Vol. 4: The Ace of Killers

In this fourth Hitman collection, the heavily-armed hellspawn called the Mawzir returns to take his revenge on hit man Tommy Monaghan. But Monaghan isn’t going down without a fight — a fire fight, that is. As Monaghan and his mortal allies (including Catwoman) desperately try to keep the trigger-happy Mawzir at bay, another nightmare creature enters the pictures: the demon Etrigan, summoned by Tommy to defeat the Mawzir. But will Etrigan hold up his end of the deadly bargain? 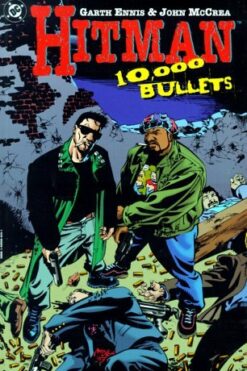