Iron Fist: The Book of Changes

Iron Fist is back and on a collision course with Spider-Man! But what could be going on at Danny Rand’s company that would lead him to trade punches with the wall-crawler and the armored Platoon? Danny will fall prey to the mystical cult leader known as the Mad Abbot – unless his will is also like unto a thing of iron! plus, Fist will join Ghost Rider in pursuit of the violent vigilantes calling themselves the Legion of Vengeance, face a demonic greater evil, cross paths with the Highwayman and rumble with Rave. He’ll be sent to the depths of despair in a fearsome reunion with old nemesis Sabretooth. 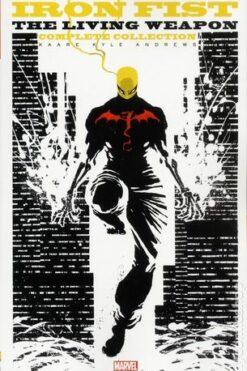