The greatest super hero story of all time is finally here! Acclaimed writer Mark Millar (“Wanted”) and award-winning artist John Romita Jr. (“Amazing Spider-Man”) unite for one of 21st century’s most outrageous and acclaimed series! Dave Lizewski is just an ordinary American teenager. He has a MySpace page, he loves comic books, and he is unable to find a girlfriend. Then an idea hits him: why not become a real life super hero? Soon, his life will never be the same again. Soon to be a major motion picture directed by Matthew Vaughn and Jane Goldman, “Kick-Ass” starts where other super hero stories draw the line, taking comic book realism to a whole new level! Warning: This title is for adults only! 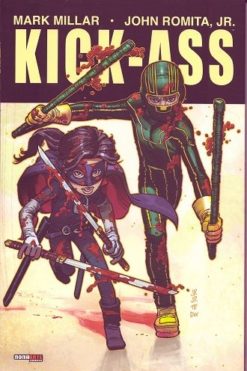 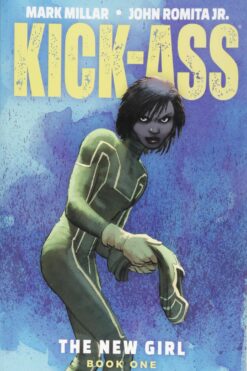