They are two of the mightiest Avengers, who shared one of the greatest romances in the entire Marvel-Verse! They are the synthezoid Vision and the reality-manipulating Scarlet Witch – and these are some of their most action-packed adventures! First, the Vision is unleashed on the Avengers by his “father” – the evil android, Ultron! Vision’s control of his density makes him a formidable opponent, but his inner nobility soon sees him turn on his inhuman creator! Joining the team, Vision soon finds love with Wanda Maximoff , the Scarlet Witch – and their far-out wedding is one of the greatest Avengers stories ever told! Wanda and Vision make one heck of a team – but even with Spider-Man by their side, can they defeat the dark sorcerer Necrodamus? 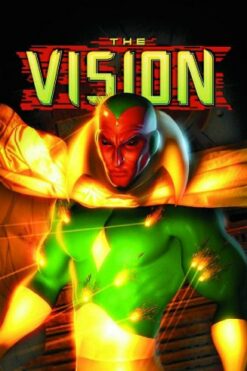