Written by KEVIN GREVIOUX Penciled by JON MALIN & PACO MEDINA Cover by NIC KLEIN Now officially a member of the team, former X-Man Sofia Mantega undertakes her first mission as a New Warrior! But when things don’t quite go as planned, the Warriors are left to wonder: Did one of their teammates have an ulterior motive for pulling this job? Plus: What is Night Thrasher doing while the New Warriors are trussing up super-villains? Collecting NEW WARRIORS #7-13. 168 PGS./Rated T+ ?$19.99 ISBN: 978-0-7851-2675-1 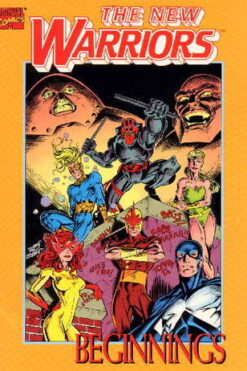