Jesse Custer is on the trail of his gun-toting girlfriend, Tulip, who believes that he’s dead. And when Jesse finally catches up with Tulip, she tells him the truth about his supposed friend, Cassidy, leading up to a brutal confrontation between Custer and Cassidy. 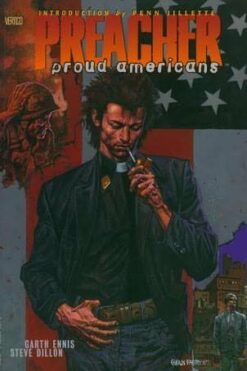