Somewhere up in Heaven, things have gone wrong. A being has escaped its confinement—a being called Genesis whose powers might someday grow to rival those of the Almighty Himself. It sped toward Earth where it sought out a human soul with which to bond. In doing so, it hoped to gain the awareness which would enable it to unleash its unmeasurable powers. Genesis chose the body of Justin Custer, a small-town Texas preacher who was having his own crisis of faith. Genesis struck him in the midst of his sermon, inhabiting his body, and sending out waves of energy which incinerated the entire congregation.

This was the beginning of Justin’s odyssey, a “road trip” of sorts in which he would be accompanied by a psychotic ex-lover, an Irish vampire, and the Saint of Killers. It’s a weird saga set in the shadowlands between Heaven and Hell, brought to life by writer Garth (Hellblazer) Ennis and artist Steve Dillon.
Hardcover; Collects Preacher #34-40; ca. 2011 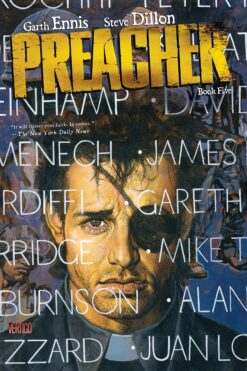 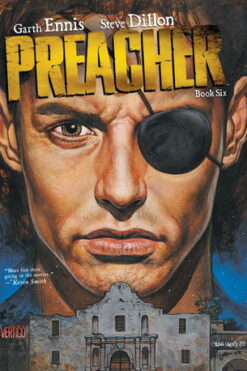 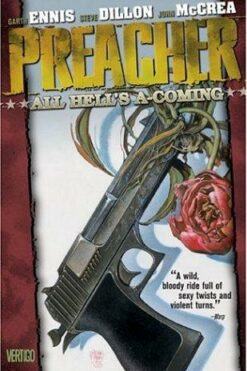 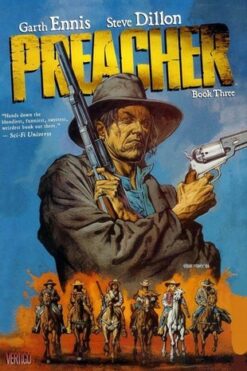 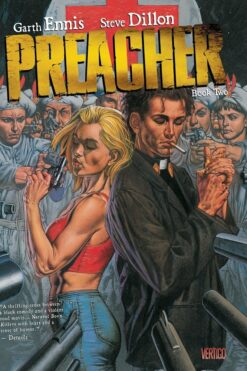