Back from the dead, Thanos is after the power to bring the rest of the universe with him on a return trip! Can the Silver Surfer, Drax the Destroyer and others stop the cosmic iconoclast before he uses reality as a token of his affection for Death? Special guest-appearances by the Impossible Man! 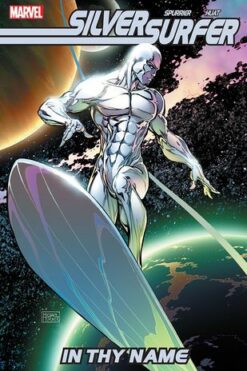