The Company thought that it had taken care of the Losers. After they saw a little too much at the wrong place and time, their chopper went down in flames with no survivors and plenty of deniability—and the Losers went down in the records as just another team of black ops foot soldiers tragically lost to one of the C.I.A.’s shadow wars.

But the Losers were just playing dead—and now that they’ve seen what the Company is really up to, they’re through with games. Now it’s time to take the fight back to its source. 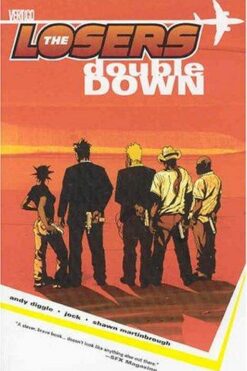 The Losers, Vol. 2: Double Down