The Losers, Vol. 2: Double Down

On their last roll of the dice, the Losers came out ahead and put a major dent in the illegal cashflow of their former employer, the C.I.A. But to stay ahead, they’ve got to keep pushing their luck—and that means tracking down Max, the ghost-like C.I.A. agent whose existence is hidden even from Company insiders.

But Max doesn’t want to be found—by anybody. And as the Losers follow his barely discernible trail to tiny Montserrat in the Carribean, they’re about to learn just how far his influence spreads—and how far he’s willing to go to keep his secrets. 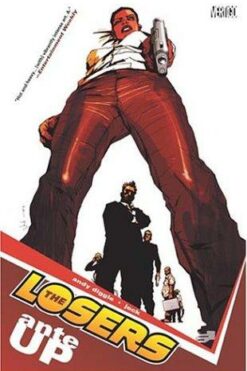