The disappearance of The Avengers and the Fantastic Four due to Onslaught has left the citizens of New York concerned about who will protect them from the villains that seem to infect the city. Into the breach come The Thunderbolts, six new heroes professing to take up the mantle for their fallen comrades. They are: Atlas, Mach-1, Meteorite, Songbird, and Techno, and their leader, Citizen V. The Thunderbolts first appeared in The Incredible Hulk #449, where they bravely engaged the gamma ray spawned monster.

Debuting to the acclaim of the media and the populace by rousting a band of scavengers called the Rat Pack, and then soundly defeating the Wrecking Crew, the city government seeks to give them an official sanction and whatever assistance they need. There is no doubt that the Thunderbolts seem to be exactly what New York needs. But things are not always what they seem…
Collects Thunderbolts #152-157 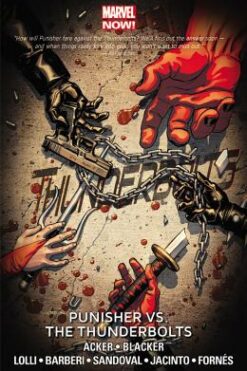 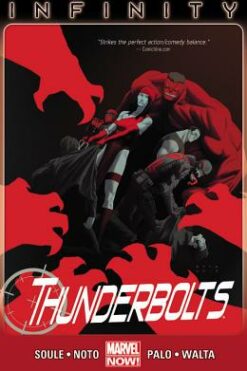