In 2002, the world changes forever. Every man, every boy, every mammal with a Y chromosome everywhere on Earth suddenly collapses and dies. With the loss of nearly half the planet’s population, the gears of society grind to a halt, and a world of women are left to pick up the pieces and try to keep civilization from collapsing entirely.

The “gendercide,” however, is not absolutely complete. For some unknown reason, one young man named Yorick Brown and his pet male monkey, Ampersand, are spared. Overnight, this anonymous twentysomething becomes the most important person on the planet—the key, it is hoped, to unlocking the secret of the mysterious sex-specific plague.

For Yorick himself, the most important person on the planet has been agonizingly out of reach. But now, after three long years and 10,000 arduous miles, the last man is closing in on the truth about his lost fiancée—and the shocking facts behind his own survival. 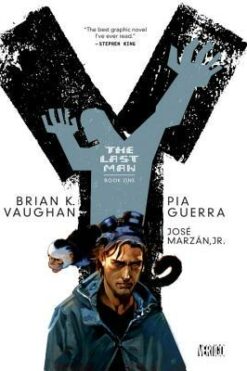 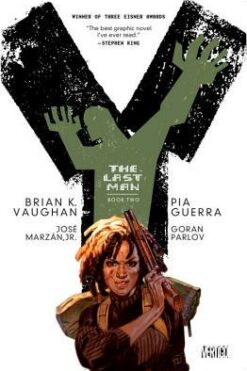