The battle for the soul of a hero! Pushed beyond his limits, Daredevil faces off for a final time against his deadliestfoe – Bullseye – in their most brutal battle ever with more than just Hell’s Kitchen is at stake. Spider-Man, Luke Cage, Iron Fist, Punisher and more join forces to stop a war that is breaking out throughout New York, with Daredevil at the center. This event will change the streets of New York City-and the heroes that protect it-forever. 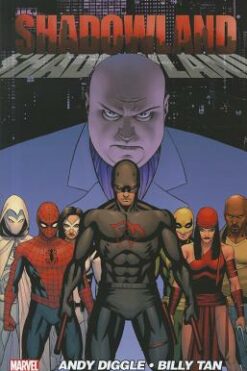