The next time a super-hero team book is referred to as “the most unlikely team ever,” here’s a series that can probably top it. Enchantress, Ragman, Blue Devil, Nightshade, Nightmaster, and Detective Chimp originally joined forces to fight The Spectre, who planned to eliminate all magic in the universe. Afterward, for want of something better to do, they stayed together. Now they travel about battling evil wherever it surfaces, aided by other underused characters like The Phantom Stranger.

This decidedly offbeat and entertaining series mixes dry humor with mystical adventure, and gives writer/artist Bill Willingham a perfect outlet for his diverse talents and creativity. 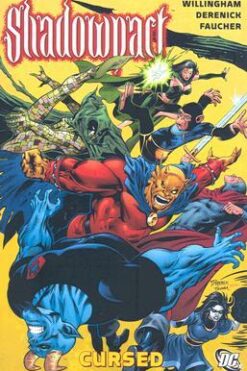